Want to do a little Living Out Loud yourself? Sign up to receive Confidence Outside of Your Comfort Zone! An E-book and journal! 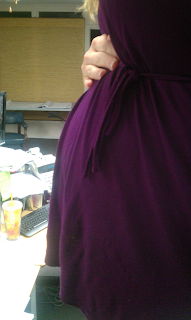 Well entering week 21 and the greenbean is growing nicely, I might be feeling him move mostly at night when I lay real still I think….maybe. LOL! I’m really not sure yet. Baby shower planning is definitely happening. Picking food, invites, registering etc. Making decorations this weekend.

Still looking for new beds for our girls, I would really like to find them before we move! Waiting on the painting to get done and slowly but surely packing. Gotta get the packing in gear this week just in case the painter really does finish by the end of this month.

New breakfast regime to keep ahold of those pesky calories and be nutritious and such….Monday, Wednesday, and Friday green smoothie and a Cliff bar. Tuesday and Thursday egg burrito, bagel with cream cheese something along those lines. I have officially jumped on the green smoothie bandwagon, I found the recipe I am using at

If you are interested you can find the recipe here: http://www.the-girl-who-ate-everything.com/2012/01/green-almond-smoothie.html I added a couple of tablespoons of Splenda to mine as I like it sweet! 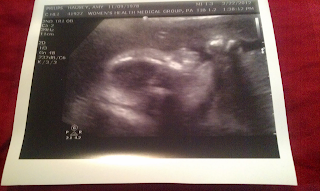 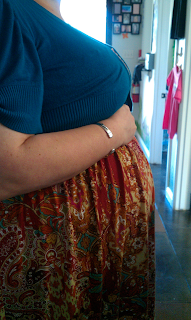 So I know this is a late post but the picture is accurate to the day! Week 20 was sonogram week!!!! ITS A…….BOY!!!! Whew Hoo!!!Super excited about that part in case it isn’t obvious also WAY WAY WAY excited to just see the baby and confirm that its a baby and not a tumor making my belly grow. Although Nathan says technically it is a tumor as a tumor is defined as an uncontrolled growth of cells…..Yes I love this man! I gained a tiny bit too much this month so we are working on calories and eating healthier as well as making sure I actually work out and don’t just think about it.

Packing had come to a temporary standstill that Nathan took care of on Friday…we were out of boxes.Now I just have to figure out what to do with all the cute baby things that I am receiving until we move and there is an official place for them.

We went to pigstock on Saturday night and I am pretty sure the baby was diggin the music almost as much as his daddy cause he was moving…that or my belly was vibrating who knows really.

Sunday was Nathan’s birthday, we didn’t have major plans but we did get to go to dinner with family and friends and eat way too much yummy Chinese food. Hunan Wok and China Jade probably my two favorite Chinese restaurants of all time.We terrorized the poor waiter at Hunan Wok, I don’t think he knew quite what to do with a party of 25 almost half of which were kids on a Sunday evening. 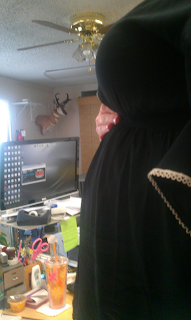 So we are entering week 19. I am super excited about my sonogram next week, not just to find out if we are having a girl or a boy but also to see the baby in general since I have pretty much convinced myself that I’m not pregnant it’s a tumor. Because other than a bigger belly I have no real symptoms….so yes I am ready to be visually assured that there is a baby in there. Maybe it’s just the ridiculous amount of ice cream I have been eating lately going to my head. I am 100% positive my sweet husband thinks I have lost my mind.

Of course he did give my belly a strange look this morning. He has 3 other kiddos so its not like he is unaware of what will happen but he still seems a little bit shell shocked since the belly has made its appearance.

In other news, I am packing reluctantly but packing, the boxes are really starting to pile up. Hopefully good things happen with that pesky concrete in the backyard at the new house that is keeping the addition of a dining room and an amazing pantry from happening. I would REALLY like to have those rooms finished before this baby is born. Organizing and unpacking/decorating does not sound fun with a newborn. 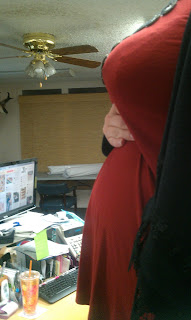 Week 18 of my pregnancy might seem like a strange time to start a record of whats going on with the green bean and my life in general, but it has occured to me that I might forget some of the things that are happening right now so I had better DO something. So here is the breakdown and going forward I hope to be more up to date with whats going on.

March-Morning sickness subsided, belly is growing at an amazing rate and moving plans are finalized for April….more to come as its only the 8th……

Being the girl who decided to go for it!

My bag is full to the brim with love, laughter and good times! I am an adventurer, a warrior and a badass. On my best days I am also a wife, a mother, a friend and more than a little crazy! Let's dig deeper →

I’m Coming For Everything They Said I Couldn’t Have